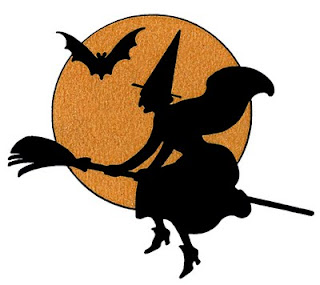 http://www.graphicsfairy.com/
﻿A successful trip to Michaels this weekend.  I promised the monkeys we’d “look” at the Halloween decorations.  Ever since that cursed Halloween costume catalogue arrived it’s been nothing but Halloween talk, especially from Little Man.  Actually, that’s not true.  He’s been talking about Santa, a lot.  He actually drew a picture of our house with Santa on the roof–this is a picture for Santa.  He even insisted I get a Christmas ribbon out so he could wrap it around the picture.  Little Man thought it’d be nice to give Santa something because he’s always giving us stuff.  To interrupt my own story I have to say that I was touched he was being so thoughtful; this, despite the fact that he was so annoyingly insistent that this whole picture, ribbon, Santa thing had to be done RIGHT NOW because he might forget.  Little Man also “knew” that Santa would love the picture and put it in his workshop.  It’s now sitting on the hearth in the living room, waiting for Santa’s arrival…but back to Halloween.
We came home with cobwebs, stickers, a skeleton to be painted by Little Man, a spider to be painted by Big Monkey and a skull garden stake using a votive to light the eye sockets (cute not scary), which is where it is right now.  At the last minute I added glow in the dark paint.  Big Monkey has let the Halloween thing rest for now but Little Man keeps telling us all of the “plans” for Halloween and decorating.  I wonder how long this enthusiasm will last with this intensity?
Give me a shoutout! 🤠