Today has been a fairly odd day.  It started with watching a man walk down the canal, muttering to himself, only to find him walk back up the canal carrying a freestanding basketball hoop.  The people on the canal can see into our yard over certain parts of the block wall and we can see them.  I kind of watched him go by the first time, hoping that Buddy wouldn’t bark at him while similtaneously hoping that Buddy would go potty.  No potty, but the same man walking by with this full sized basketball hoop and stand on his shoulder, muttering and heading back from whence he came.

Buddy’s been sick for the past couple of weeks.  He’s been throwing up at random times (hating that word these days–so over-used and misused, but it’s the most descriptive right now), but has been otherwise fine.  Last Friday he started to look a little unwell so we took him to the vet.  He also hadn’t any of his kibble for 24 hours, which never happens.  He was prescribed some canned food, some expensive tests and we were to watch him.  As he gobbled wet food down I realized he may never go back to dry, until Monday night when he refused to eat the wet food.  He’s been eating plain white rice, which he always does when my mom visits, but that’s it now.  No dog food at all for nearly 3 days, leave a message at the vet.  I explain all of this to the receptionist who clearly isn’t hearing me well.

First, she’s indignant that I’ve named my dog “Betty,” which I haven’t.  This receptionist does it every time (the dog is 12 and she’s been there for at least 3 years).  What’s your dog’s name?  Me, “Buddy.”  Receptionist, “Betty?!!!” (alarm and with raise in pitch at the end of bettEEE?)  No, “Bud-dy.”  I tell the story.  “What he been eating, then?!”  Me, “Plain, white rice.”  (just like I relayed in the story)  I feel as if I haven’t gotten nowhere with her.  That was early this morning and it’s now 6.00 pm and I’m still waiting to hear back, “Because the vet will be concerned if he’s [Betty/Buddy] losing weight.”  As if I’m unconcerned.  Just thought I’d call and chat with someone with hearing/attention issues, just for fun.

Max has been complaining that his ear hurts.  So, next on the docket, a trip to the pediatrician.  While we waited to be called, I watched as two nearly identically-clad blondes chat it up in the lobby while their older toddlers terrorized brand new parents trying to check in and running in the way of some families trying to leave.  These women were oblivious to the running and the screaming; they continued to cheerfully chat.  You know how awkward new parents can be with these heavy baby carriers–I felt bad for them.  On top of that they are trying to dodge these little guys who were running all over the place.  In case you’re wondering, these women were wearing the new uniform of well-to-do moms, the black yoga pant and Uggs.  I don’t think either of them were heading off to yoga or had been to yoga this morning.  I could be wrong.  But, don’t get me wrong–I have both of those items in my closet, which are strictly for yoga.  Kelly loves the “yoga pants” at her kids’ school, which cracks me up.  I had to tell her that I was kind of a “yoga pant” who dropped off on my way to yoga, so it sounds hypocritical to complain about this alleged “uniform.”  With that said, I save the workout wear for working out.  Just saying.  Which, since I’m complaining, I have to add that I couldn’t believe all the reviews (which I happened to be reading last night, of all things) of women saying how much they loved a certain kind of yoga pant for “running around,” “travel” and some other non-working out activity.  I felt bad for judging, but I kind of wanted to write, “When did yoga pants become an actual piece of clothing versus gear for working out?”  Enough of that.  I apologize.

So, when Max was little he used to get sent home from daycare with “possible pink-eye” which always turned out to be an ear infection.  He had a lot of ear infections that didn’t present as ear infections–raging ones that made me feel so bad that I didn’t catch it.  Today, he complained of his ear hurting when he actually has a sinus infection.  The doctor said that with littler kids the sinuses can tug on the ear canal causing pain or irritation.  This doesn’t happend with adults.  So on that note, I still wait for the vet to call, hoping that Buddy/Betty will get better and that I never decide that wearing yoga pants as an article of day clothing is a good idea.  I do know that I will continue to see bizarre behaviour on the canal.  That’s one of the few givens. 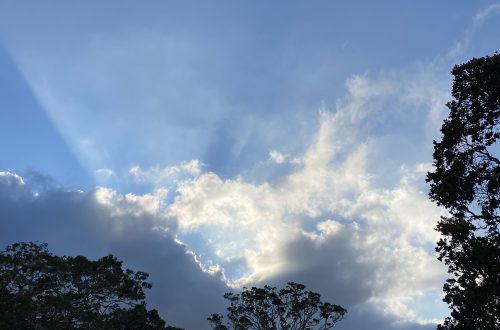 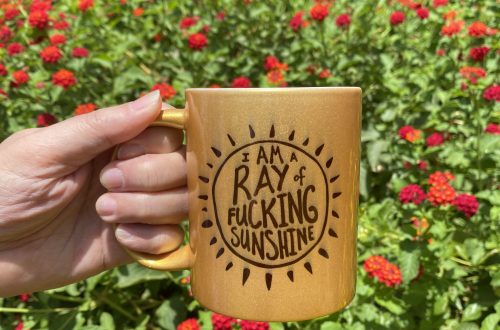