We have a giant flagpole in our front yard. We added it when we were forced to remodel our driveway a bunch of years back. That’s a good story and I suggest you read it: We didn’t move zip codes but our driveway did. (Side note: our driveway used to come down from where the wooden gate is on the block wall…)

Chief’s bought a series of American flags from different vendors. Some last longer than others–one became tattered shamefully quick. Before you start squawking, I’m super flag conscious. I take that seriously and have two flags waiting to be taken to Ace Hardware who will dispose of them properly. I’m not into burning the nylon one in our yard and I feel weird about burying it, too. The flag two flags ago practically disintegrated over the course of a week.

It looked a little worn despite not having had it very long, but thinking “we have time.” (We do and we don’t, but I digress.)

Then some seam came undone. Overnight, it looked like it had been through naval warfare. Okay, not that bad, but it wasn’t good. Our last flag was a well-made one. Unfortunately, the color didn’t survive the brutal Arizona sun. It faded far too quickly.

Why do I bring this up?

Well, I had this brilliant idea that we could run a Jolly Roger up the flag pole for halloween. In fact, I was really pleased with this idea. I also tried to find life size skeletons to “climb” it. No luck there, I waited too long to think about it. The Jolly Roger, however, was arrived on Monday along with a brand new American flag. I suppose I’m glad for the timing of this new flag because at 11:15 a.m. on October 18th I received an email to lower to half staff for Colin Powell. Around 2:00-ish our new flags were delivered. While I was disappointed that I couldn’t run the Jolly Roger up, I was glad that I could honor General Powell with a beautiful, new flag. That’s not happened before where it’s been a half-staff day(s) and a new flag has arrived. We all know there’s been plenty of half-staff days the past couple of years and I just mentioned our recent run of flags. What are the odds?

So, what I intended to be a funny post about yet another pirate-themed thing 🏴‍☠️ is really a somewhat somber post to reflect on all the lives we’ve lost the past few years–both known and unknown to us individually, as well as the synchronicity of it all.

We are in the season of death, literally and metaphorically. 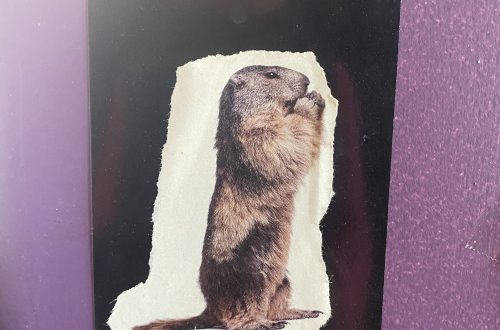 My “New” Year Starts in February