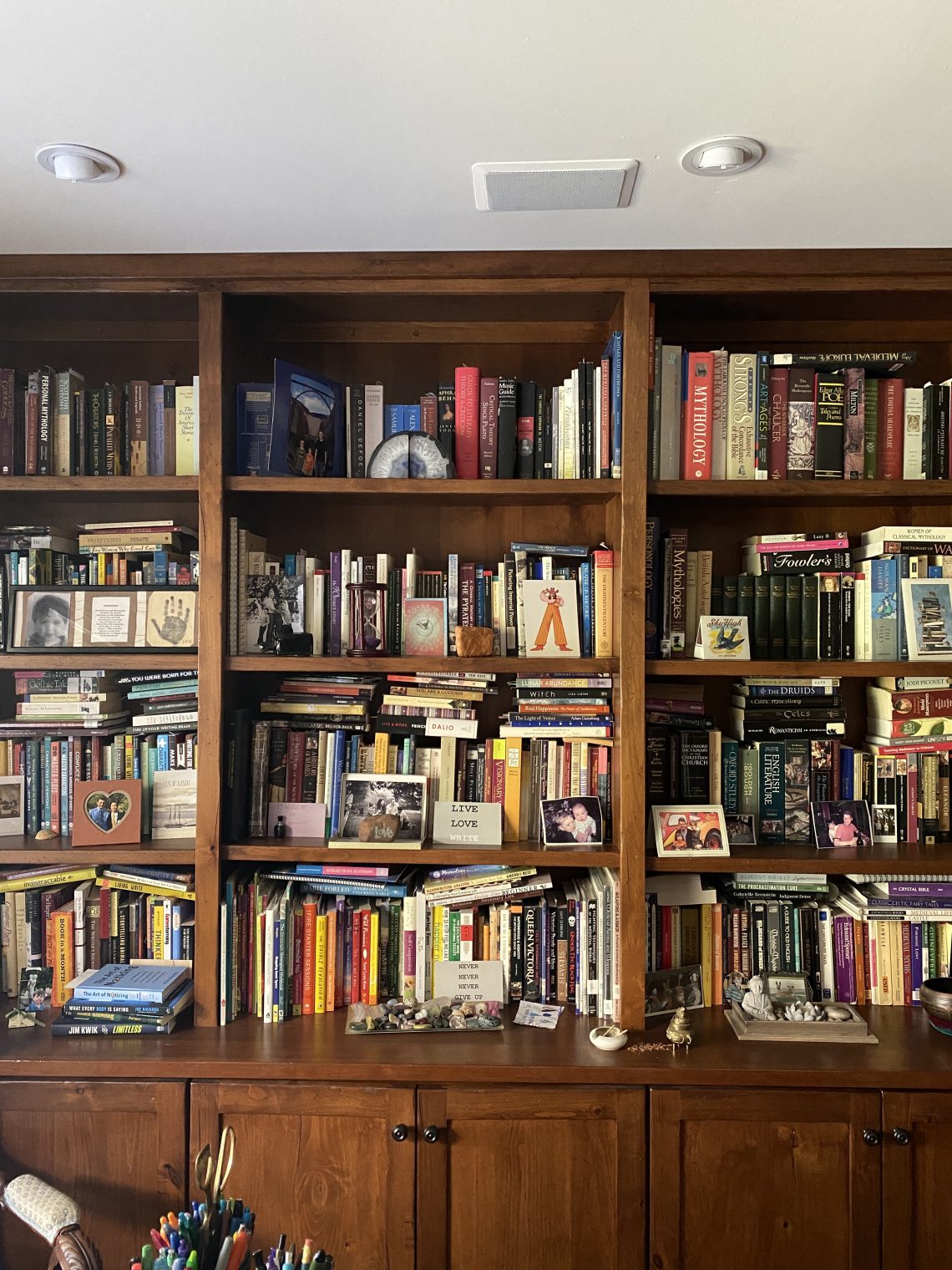 Hello! Just a reminder for those who don’t receive my newsletter, I posted my cover on Instagram. If you’ve come here via Instagram–thank you and welcome! Finally, if you don’t receive my newsletter, why not? 🤷🏻‍♀️ I tell funny stories there! Purple mailboxes and boots that take tours of the town–it’s every Friday, and it’s reflective and slightly irreverent. I’ll do another cover reveal, in this week’s Friday’s Tomfoolery (because this is a party and we’re supposed to like surprises AND it’s release day! Friday Tomfoolery, August 14th!!!)–sign up for my newsletter and see where my cover’s been on the internet and what it looks like! I’m so excited! 🥳 🎉🌟

Excerpt from: The Reluctant Bandit: Lawlessness & the Law, Book 1

…As she lowered it into the basket, the hairs on the back of her neck raised. She turned around slowly to find Elroy staring at her with an odd look on his face. When they locked eyes, his lips thinned as he shook his head, and immediately turned toward front window. He was behaving oddly which made her heart pick up pace. Panicked, she swiveled her head, looking around at the few people inside before taking a couple of tentative steps toward him.

Leaning forward, in his direction, she softly asked, “Elroy?” He didn’t look at her. Worried, she repeated herself a little louder this time. “Elroy, you all right?”

Elroy wouldn’t look at her. She was still on the other side of the store but stopped when the door flung open. The bell clanged loudly before the sound was halted by the door itself. Her head whipped toward the banging sound, eyes widening at the sight of a giant man striding in. Normally, she’d have to squint when the front door opened because the store was poorly lit—Elroy didn’t want windows smashed by thieves so his weren’t overly large—however, this man blocked nearly all the light that attempted to follow him in. Too busy gawking at this intrusion, the meaning behind Elroy’s action didn’t register right away—he was already pulling money out of the register and putting it on the counter before any demands were made.

“Give me your money.” The tall, broad man stormed into the mercantile, the door slamming shut after him. The air felt like it was sucked out of the room, running away with the sunshine, as the door shut slammed. She couldn’t see his face because of the hat pulled low. A bandana covered the rest of it. His legs were so long that they swallowed up the space between the front door and the counter using very few steps. Noticing that he didn’t have a gun didn’t make her feel any better because his giant hands were large enough to snap a man’s neck, if need be. Elroy wasn’t particularly big either, which made the situation all the worse. While Elroy could handle most of the miners, this man was not a miner. She’d never seen him before, and that’s when the gears started turning in her head, and a moment of panic washed over her. He’s part of the gang papa was warning me about…

Once, again, the bell on the door chimed, but this time the door opened at a moderate pace, and it was papa who was standing there not some tall, broad- shouldered brut who blocked the light from coming in. Surprise and worry forced a gasp out of her, her hand flying to her mouth. “Papa.” An uncontrolled whisper of acknowledgement fell out of her mouth.

Before she realized what had happened, a long, muscular arm snaked around her waist pulling her snugly against broad warmth. “Step aside, sheriff.” The voice was steady and low, with no hint of anger or animosity, oddly enough. The sheriff didn’t move so the giant pulled Annabelle in tighter, lifting her off the floor with a little shake. The air went out of her with a whoosh more because she wasn’t prepared for such handling and not because he was harming her.

Daniel’s eyes grew wide watching a stranger man-handle his daughter. Annabelle looked at her papa with wild eyes for guidance while he assessed the threat. The sheriff’s assessment and indecision was interrupted by the man’s still-even tone.

“Wouldn’t want your darlin’ daughter to get caught in the crossfire.” Papa’s eyes never left the man’s. Not once did he look at her, either.

Too scared to say anything, she cooperated. She especially didn’t want to anger the man holding her. For a moment, her worry was about getting a scolding for being out alone—laughable when she quickly realized how ridiculous that was, given the circumstances. Finally, shaking his head, papa stepped aside, face falling in momentary defeat. When Charlie walked Annabelle past him, the sheriff whispered, “Hang tight, Annabelle. I’ll find you, no matter what.”