We used to have a running joke in our family that Chief’s cell was his “girlfriend.”  Sometimes he’s more connected to that piece of equipment than he is to anything else.  It is his lifeline to everyone, most especially work and he works a lot of hours;  however, his cell phone use/addiction can get out of hand at times.  There was a particularly rough patch at work for Chief a few years back–lots of long, long calls and they seemed to roll in one after another.  I finally became fed up with the constant chatter, ringing and beeping that came even when he wasn’t on call and the sundry “emergencies” that I took to calling his beloved cell his girlfriend.  It was funny for a while until one of the boys heard Chief’s cell singing and brought it to him, saying, “It’s your girlfriend.”  This was all said matter of fact and made me pause–part of me thought it was pretty funny and part of me was appalled.  My sarcasm came back to bite me and it was a good thing it wasn’t in public!  Lesson learned.  The cell is no longer called the girlfriend–at least not within earshot of small children.

As a kind of prequel to that story, Little Man used to put his hand over his ear a lot when he was about 1 year old and I was concerned he was getting an ear infection.  No, it took me weeks to figure out that he was holding an imaginary cell to his ear.  What threw me was he was holding his hand flat to his ear and shaking his head a little.  One night Chief came walking into the room, talking on his cell.  I watched him as he held his hand flat over the entire cell and as he was talking he did these little head nods.  Monkey see monkey do. 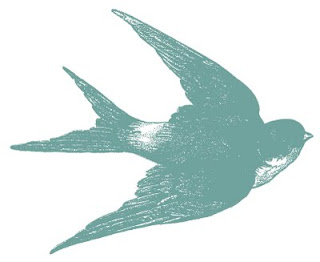 http://www.thegraphicsfairy.com/
﻿
Give me a shoutout! 🤠