Back in 2011 during one summer swim camp, the vending machine became a popular topic with the boys.  Apparently, some of the camp counselors were using the vending machine to get extra snacks for themselves and the boys became fascinated by it. Their discussions and wonderment of this were reminiscent of the Seinfeld routine where he’s talking about drive thru food and how it’s fascinating for dogs because you drive up and then food gets handed out of small window. Like Seinfeld’s imaginary dogs, the boys were all about the vending machines. But little man kept calling them “venting” machines which leads me to another story altogether…
There’s a Japanese saying that you should tell your troubles to the ocean. I remember reading that in a novel once, but the one character said that he didn’t want to do that because the ocean would only take the problems to someone else. Where I get hazy on this is if the ocean carries it out and back to the shore or if it takes it out to the “other” side—either way, someone else is an unknowing “beneficiary” to your problems when you shout them out to the ocean. It’s just bad news for the recipient–it could almost boomerang back at you. I’m sure there are those of you out there who receive a lot of info you just don’t want/need/or know what to do with and the idea of having more heaped on doesn’t sound so pleasant. Especially these past few years.
But what if we had a “venting” machine, some sort of machine where you took your problems and gave them up?  The machine could purify those thoughts/vibrations and send it back out into the world as something cleaner—kind of like a city water system, clean it up and move it on out.  We all need someone to tell our troubles to, even if it’s just to get it off our own mind—the best kind for the venting machine because you aren’t expecting a return you just want to rid yourself of a hot potato.
We all have days where all we’d like to do is vent but the accompanying vitriol is just a little too much for friends and family, maybe even ourselves.  With a venting machine you’d have a better place to put it without coming across as a big ass.  I could use a little of that.
I could probably use a little of this as well, but that, too, is another story: 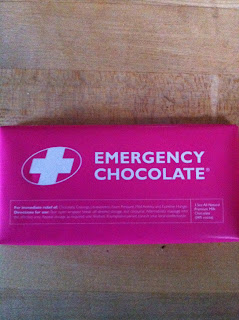