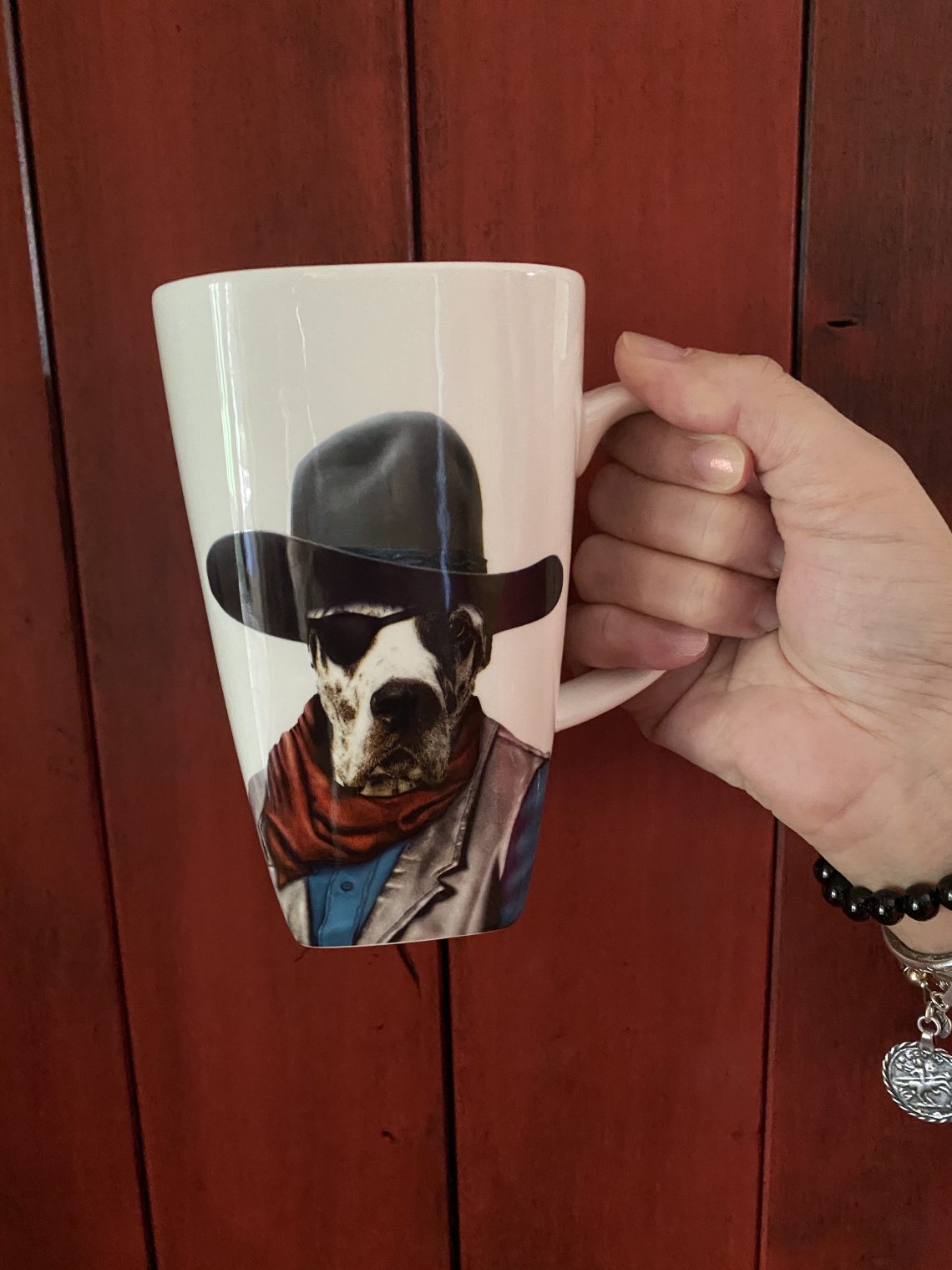 I just received the most awesome mug! M sent me this super cute cowboy doggie with an eyepatch. It’s big, it reheats well, did I mention it has a sheriff-like doggie on it? It’s hitting all the right notes ❤️🐕🤠 She said it made her think of my dogs, lol. They’re going to be jealous if they catch me gazing at this cute fella like I do when I’m using it. What’s even funnier about this guy is the eyepatch–there’s a story behind that.

The first time I met M in person we were on a retreat. The room situation was odd because we were staying in a house that was trying to accommodate a lot of people (we were in Joshua Tree). The choices were share a dorm-like room with a bunch of people or share a room with king bed. Sounds like the beginnings of a bad joke. We shared a bed and bonded–get your mind out of the gutters–we were like preteen girls at a slumber party, not a naughty movie setup 🤦🏻‍♀️. We talked and guffawed into the night (I’m not super dainty–I typed “giggled,” stared at it for a while, then deleted it–it’s the “too much” thing, my parents used to liken me to a bosun mate or a longshoreman 🙄), except the night we heard coyotes and something else horrifying outside our open window. It was horrifying–in a do not look out the window sort of way and don’t move, it might see you kind of way. B horror movie drama aside, I had already told M before we signed up to be roomies that I’m a tosser and turner and don’t sleep well. I’m not the best sleep partner. She’s so funny–It’s all good, I have a sleep mask. Ooh–kaay? 🤷🏻‍♀️ If that helps you with my tossing and turning…It seemed like a nonsequitur, but I’m cool with that. I did my due diligence. I’ll still feel bad if you don’t sleep well because I flop like a fish out of water, but okay. You’re good, then I’m good. All good. And it was all good until she accidentally called her sleep mask an EYE PATCH! Game over, people! Game over. I could not stop laughing. We were still hysterical about it the next morning. It’s one of those you had to be there things, but all I could think of was pirates. Pirates in general, pirate M and all sorts of stupid pirate jokes and pirate speak 🏴‍☠️. Eye patch 😂😂😂 It’s been a joke between us. Even funnier for me because I have another good friend who uses a sleep mask and had resorted to a sock when she lost all of hers (we were at a conference). I can’t wear a sleep mask for the same reason I can’t wear a nightgown–no, not because I’m a bosun mate! Tosser and turner, self-strangulation. Okay, coming around the bend to the original point–then I get this mug and the sheriff dog has an actual eye patch! I don’t know if that was intentional or not–I would have loved the mug with or without or private eye patch joke. But still. Eye. Patch.

After all this, I didn’t spend much time chatting up sheriff dog. I think that may have to become a short story or something. I’m just so tickled by eye masks/eye patches. I’m not adding a link because it’s a gift, mug and dog lovers, but I included a pic. M bought it on Amazon so you can go search for your very own sheriff dog (with an eye patch). Because who wouldn’t want this boss dog in your stable? 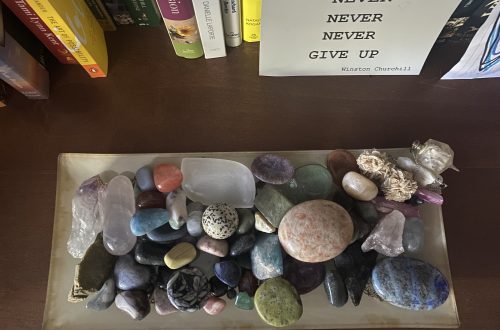