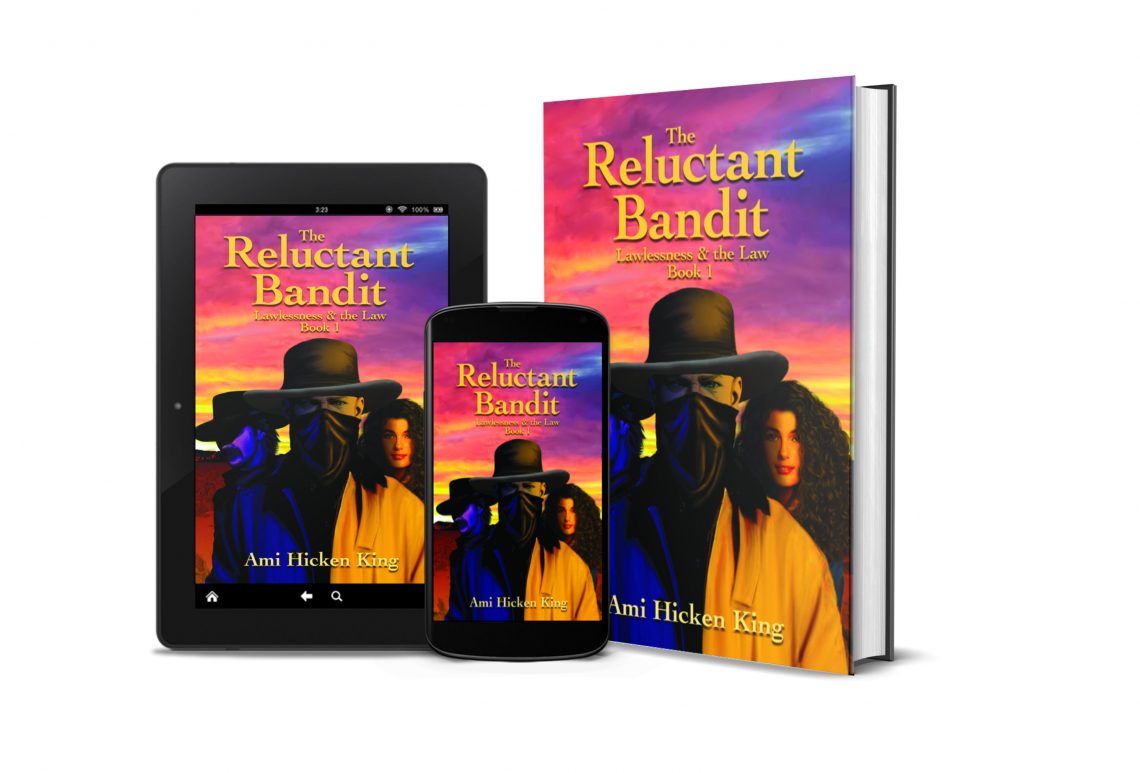 The Reluctant Bandit release date August 14, 2020. It’s the first in a series of four historical novels with western and romantic elements, set in the Arizona Territory shortly after the Civil War.

Digital: at Amazon, Barnes and Noble, Apple, Kobo, and other major retailers (you can also purchase on my website)

The Reluctant Bandit: lawlessness and the law Book 1

All is not as it seems…

Charlie Stapleton’s morning begins with robbing the mercantile in a booming mining town and ends with kidnapping the sheriff’s daughter—far more valuable plunder than he or his notorious gang of ruthless bandits expected. With his haul in his saddlebag, his unintended prize on his saddle, and his holster empty, he races toward the unpredictable reception of the criminals he rides with.

Annabelle, the sheriff’s daughter, grew up uncommonly sheltered, for reasons beyond her understanding.  Determined to be independent, and refusing to accept the limitations forced on women, Annabelle longs for adventure. Chafing at the restrictions placed on her by her single father, and unwilling to be courted by her father’s deputy, she begins secretly planning a “trip.”  But what she gets is far more than she bargained for.

Charlie’s actions and Annabelle’s choices propel them both into a long-standing chain of events so intertwined they blur the lines between law and disorder, between right and wrong.  In the Wild West of 1878, a complex thread connects law and lawlessness with the “Old States” and the Arizona Territory. Ami Hicken King’s unforgettable characters and their conflicting goals collide, clash, and find common ground, and yet…all is not as it seems.

Charlie Stapleton begins his day with one dilemma—rob the mercantile in a booming mining town or his brother Jimmy dies–ending the morning with another–kidnapping the sheriff’s daughter.  Conscientious and guilt-ridden, he’s now responsible for Jimmy and Annabelle, against their wishes.

Annabelle, the sheriff’s daughter, grew up sheltered for reasons beyond her understanding.  Chafing at the restrictions placed on her by her single father and unwilling to be courted by her father’s deputy, she begins planning a “trip.”

Charlie’s actions propel himself and Annabelle into a long-standing chain of events so intertwined they blur the lines between law and disorder, and right and wrong.  In the battle between the law, lawlessness, and corrupt business, who will be willing to sacrifice their goals and principles to gain resolution?